What is BUZZWORD BOOKS? An independent Australian-based eBook publisher that insists on good writing and only lists worthwhile titles. We feature thrillers, mystery, crime, travel, memoirs, literature, humour and self-transformation.

The approach to the Unmanifest

$3.99
Inspiration, self transformation, occult, Fourth Way.  What is the truth concealed behind the door called self-awareness? This inspiring book takes you far beyond the conventional view of spirituality to reveal the hidden core behind Buddhism, Vedanta, Sufism, Christianity, Taoism, the Gurdjieff Work and Zen... ...more...

$3.99
Madame Ouspensky's talks to her pupils - 1945-1947 - now published!
This book provides entirely new source material for the Gurdjieff Work. It is an authentic transcription of talks given by Madame Ouspensky to her group at Mendham, distilled from notes taken by her pupils at the time. ...more...

$5.95
Hermetic Code, Esoteric, Fourth Way, occult.  An expert on the Hermetic Code interprets part of Gurdjieff's great allegory, All and Everything, from an autobiographical perspective. This book, some years out of print, is still sought after as an eBook. ...more...

$3.95
Occult, Hermeticism, spiritual terms, esoteric dictionary. From earliest times, wise men protected themselves from church and state by using the Hermetic code. According to Joy Lonsdale, this was the secret code upon which all allegory is based. ...more...

Horror on an NZ island

$3.99
Vendetta, thriller, horror, suspense. Four innocents are enticed to what seems to be an island resort only to be confronted with an escalating series of trials they can't escape. This diabolical thriller really twists the knife. Optioned for film. ...more...

$3.99
Conspiracy, petro-chemical cartel, fugitive, spooks. If you happened to stumble across the world's best kept industrial secret, how long do you think they'd let you live? But what if you had a personal weapon - like total recall? ...more...

$3.99
Techno-thriller, C-130 gunship, Pentagon, CIA.  A high-tech conspiracy that could devastate half the globe. This meticulously researched thriller exposes world defence strategies and predicts the future of warfare. An utterly satisfying read. ....more...

Inner lives in a country town

Around OZ for nix!

$2.99
Busking, Australia, NT, Qld, NSW, WA, Canberra. In 1984, Jon Jesse decided he could do it - busk around OZ for nothing more than he earned on the street. And, after a shaky start, he was on his way. Thirty years later, he's still at it. A hoot! Hear three of his original songs free. ...more...

$3.99
Sailplanes, soaring, film-making, flying, broadcasting. Film director, Jim Richards, had a passion. Flying 'gliders' in NSW, Australia. This rollicking memoir takes you on one of the wildest and most entertaining trips as Renaissance man Richards lives life to the hilt. ...more...

$3.99
Just marrieds, Australian History, humour. Fifty years ago, Sydney, was a kinder, slower place. But when a gormless just-married couple decide to live 26 miles from town, romance and reality clash. Australia in the fifties. Heartwarming, funny and true. ...more...

$3.95
Vietnam, South East Asian travel, Hanoi, Vietnamese women. An intriguing account of life in Vietnam today, with over 200 photos. Pam Scott looks back on the remarkable changes she witnessed in Vietnam over the last two decades. ...more...

$3.95
Hanoi, South East Asian travel, Vietnam.  Hanoi Stories is an unforgettable insight into the charms of this vibrant city and why, once you go there, it's hard to leave. It has many photos and is essential reading for anyone considering a trip to Vietnam ...more...

Expats tell where and how they live now

$3.95
Expatriates, Bangkok, Barcelona, Antigua, Provence. Stories of expatriates living in exotic places. Each decided to create a new life for themselves in another country very different from their own. Read how they got on. ...more...

Vietnamese women and the war

The Philippines on $40 a Day

$1.99
Jeepneys, exotic islands, hot springs, old walled cities, night-life, festivals.. A lively account from a wide-eyed correspondent of a country that always surprises. If you're thinking of travelling to the Philippines, this is an amusing account and good value.  ...more...

$3.95
Spirituality, quantum theory, cosmology, spirit, soul. This illustrated book provides a brave and revolutionary theory of everything by an Italian astrophysicist who dares to look beyond current scientific dogma. Can science understand the spirit and the soul? ...more...

$2.99
True crime cases of child molestation, mayhem and murder. The stories covered in the collection range from historical to very recent. They are detailed, searing, forensic, incredible and totally researched. ...more...

$1.99
Medical myths, overtraining, sensible fitness, humour. Here's the lowdown on exercise that other books take long chapters to express, collated in one jaunty, jiffy digest. Common sense, plus the latest facts on fads. Written by a medical writer and historian.  ...more...

How to get and do just about everything

$1.99
Effective living, life skills, success, humour. But you only learn how to get what you want half way through the book.
This is an amusing read. But, beneath the humour, lurks sense. A happy way to clue yourself in and great value because everything suggested here works!   ...more...

Traumas in a country town

$3.99
Gerontocracy, AI and survival of the sharpest.  A sex slave is upgraded to Conditioning Sector, then Inhuman Resources as he fights to stay alive in a collapsing hi-tech regime. This bizarre dramatization of the fag end of civilization is stylish, clever, unpredictable and features a positive philosophy for the future.   ...more... 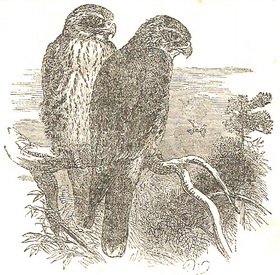 Unique new Gurdjieff source material. Madame Ouspensky's talks given to her pupils at Mendham - 1945 to 1947.

This book provides entirely new source material for the Gurdjieff Work. It is an authentic transcription of talks given by Madame Ouspensky to her group at Mendham, distilled from notes taken by her pupils at the time.  Read more about Saturday Evenings at Mendham. 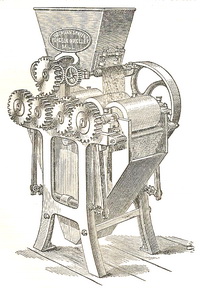 Cases covered in the collection range from historical to very recent. There is a chapter about the 18th Century torture-murderer Elizabeth Brownrigg, the racist 1955 slaying of Emmett Till and the 1965 Alice Crimmins case. Other cases include the “Burn Boy” case of David Rothenberg, the famous Polly Klaas case, the murder of child actress Judith Barsi, the molestations committed by “Father” John Geoghan...  read more about Suffer Little Children.

New! In the year 3010 civilization ends. And Sex Cadet, Mark5, will do anything to survive.

"What would you do to survive the end of everything? This mind-twisting tale uses the dystopian SF genre to compare the life of an individual with the birth and decay of civilizations. It dramatizes levels of human consciousness, indicates how to augment them and shows why artificial intelligence can never achieve autonomy. Civilization ends, not with a bang or whimper but with the worst crime against Conformity. A laugh! Read more about Level 28. 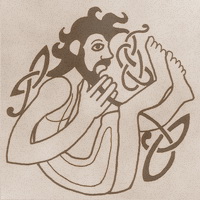 New! One way to get around OZ for nothing. A neophyte troubadour decides to busk his way around Australia.

As a young man, Jon Jesse Beckenham never thought he would end up being a street musician.  His first busking session in Kings Cross, Sydney in 1984, began an alternative lifestyle that's still going 30 years later. Read about his shaky start - and eventual triumph. Hear three of his original songs free and check the trip.

New! A scientist examines the possibility of exploring the spirit by using quantum theory.

Astrophysicist, Massimo Tedorani, explains the latest developments in science and relates them to the world of consciousness in this erudite, well-informed book. This brave hypothesis about the Physics of Creation and Non-Local Information inside an Intelligent Universe challenges the accepted dogmas of the scientific establishment. Is form actually emptiness? Read more about The Hyperspace of Consciousness.

Another sally into the world of the extraordinary and bizarre. Tales to intrigue and amuse. Weird but always entertaining. Trick endings, hidden agendas. Settle back and enjoy.  Grim Fairy Tales for Adults.

About us: good books guaranteed.

Personal Service: No automated downloads here. When you buy a book using our secure shopping cart (PayPal available) we send you a courteous email with a PDF of the book attached. We also ask if you'd prefer an ePub or Mobi file. If you do, we forward it. If you are used to buying through Smashwords or Amazon, some of our books are available there. By the way, if your book isn't forwarded immediately, do not fret. We are a small operation and don't constantly man the pumps but your book will certainly arrive. Maximum delay - two days.

Generally, only professional writers with a track record are considered. If you have an exceptional and thoroughly professional product, contact Buzzword Books at this email link. Queries only without attachments. Please provide a brief CV and an overview of your book, explaining category and intent. If interested, we'll ask for a Word file of the first two chapters for assessment. SUBMISSIONS TO BUZZWORD PRESENTLY CLOSED

We also have a sister site called Bookbooster for emerging authors. This functions as a selling platform and remits the full amount of each sale to the author. It can also handle the technical side if you are unfamiliar with book formatting. The cost for listing? As little as $10.
You can contact Buzzword Books at P.O. Box 7, Cammeray, 2062 Australia or use this email link.
Visit us on:

HOME
ABOUT US
BACK TO TOP