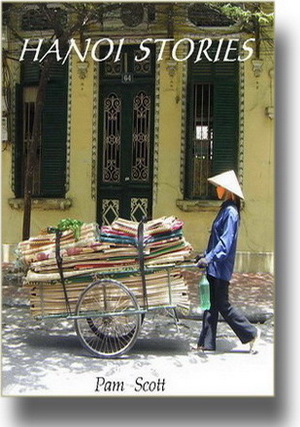 Hanoi Stories. Pam Scott lived in Hanoi for eight years and tells of the city she came to love.

She explains: 'I suppose I love my home city of Sydney, rather like one loves one's parents. But Hanoi was a passionate affair. I knew I was captured after three short visits in 1993.'


After three brief business trips in 1993, Pam Scott became enamoured of Vietnam's intriguing capital. In 1994 she made a permanent move, living and working there for the next eight years. What she discovered was more wonderful, interesting, and challenging than she could have ever imagined. She felt safe, unrestricted. And she found no coldness towards the West - only warmth, friendship, curiosity and openness.

Hanoi Stories is an unforgettable insight into the charms of this vibrant city, and why once you go there, it's hard to leave. It has many photos and is essential reading for anyone considering a trip to Vietnam. (PDF only.)